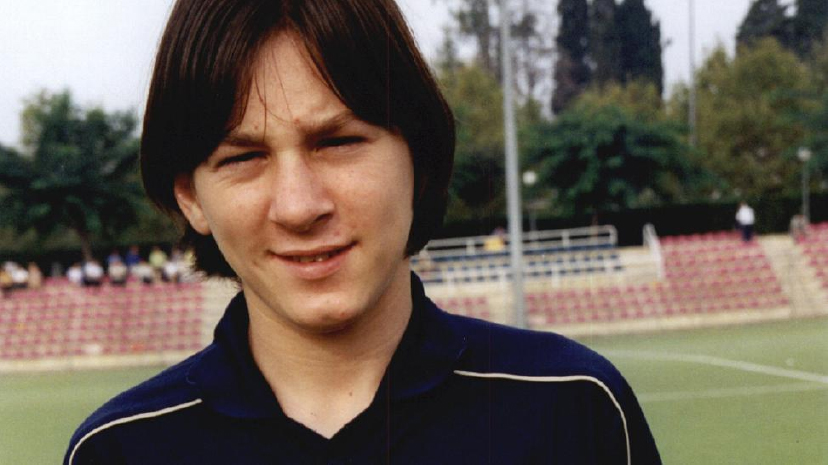 As a child, I always had a ball nearby. I liked every sport, but football was the one I liked the most. At home, everybody was crazy about football: my brothers, my cousins... everyone. We all played football — it was the most important thing in our lives. At the age of four, after playing for my neighborhood’s team, I decided to go to Grandoli Club which was nearby. At the age of eight, I got the opportunity to join Newell’s Old Boys as my brother, Rodrigo, was already playing for them and invited me to play at their lower youth division.

We did not live in Argentina for very long. I left when I was 13, way before I started playing for Barcelona, a team which I had been following for a long time. I had huge expectations and was very excited to play for them since it seemed impossible.

I had a growth problem and was used to being the shortest player on the field, but I knew that I would eventually grow — albeit, it would be a slow process. Consequently, I had to administer a daily injection on my legs as part of the treatment process. At the beginning it was painful, but sometimes certain things must be endured in order to achieve your dreams.

EVERYTHING I’VE EVER ACHIEVED IN MY CAREER

I OWE TO SACRIFICE, GIVING MY ALL, AND ALWAYS BEING GRATEFUL FOR HAVING THE SUPPORT OF MY FAMILY 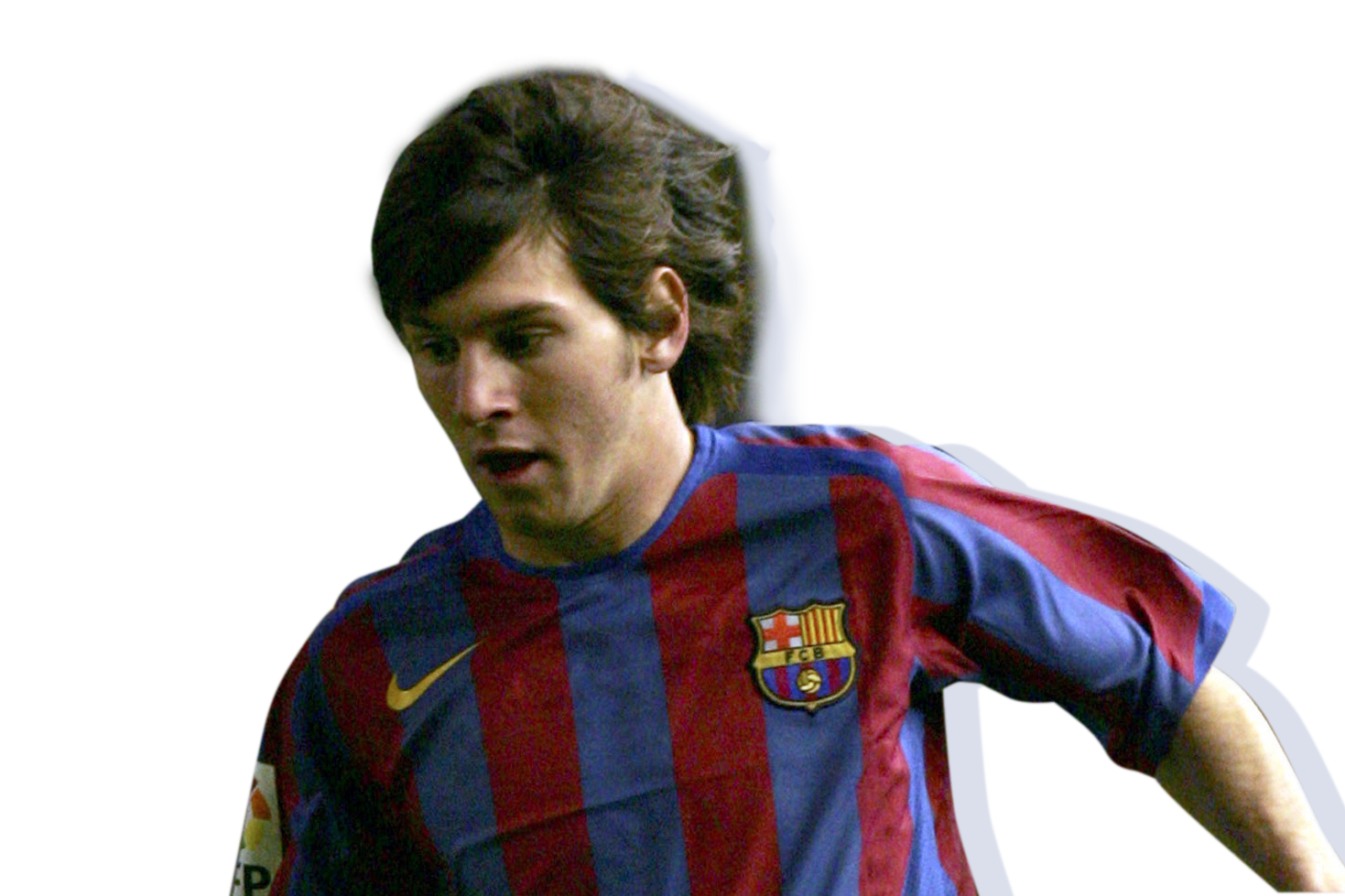 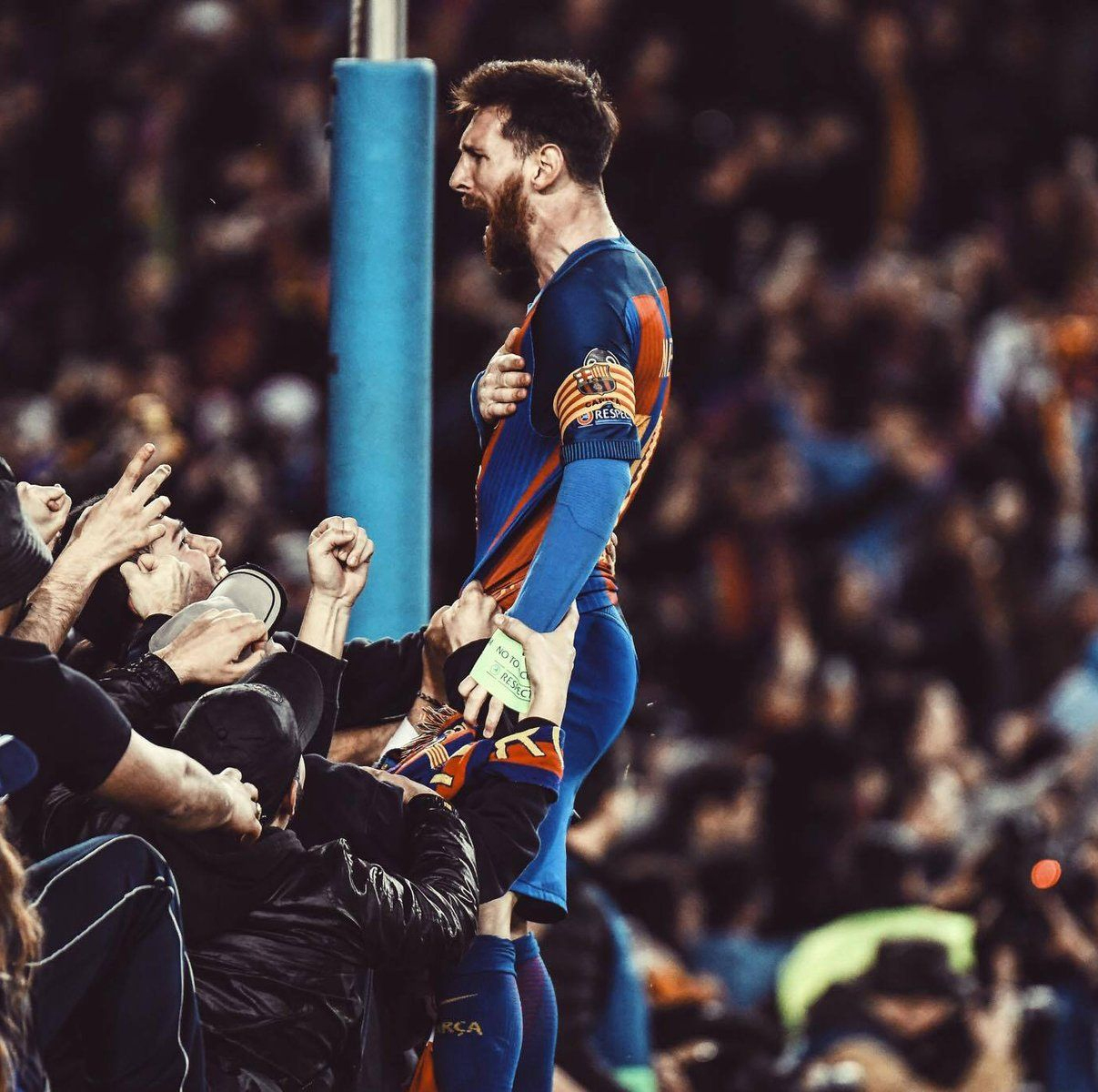 When I arrived in Barcelona, my dream was to play in the first team, but I never could’ve imagined what would happen next! We visited the city like tourists — Barça’s stadium is beautiful, and I still remember the emotion I felt the first time I stepped foot onto the Camp Nou.

As soon as I arrived in Barcelona, I started training. I didn’t sleep at La Masía , but I went to León XIII (an elementary school), where all the kids from other cities where studying at. I spent every afternoon with those kids, many of them from Barcelona and the rest from other Spanish provinces, like Iniesta. They also knew what it was like to be far away from their families and friends, so we had a lot of things in common. I had a hard time during the first two seasons. I couldn’t play for months because my immigration paperwork had not cleared and I got injured in my very first match.

The real change occurred at the cadet category , as we had a great team and the good fortune of winning everything. We had Gerard Piqué, Cesc Fábregas, Víctor Vázquez and didn’t concede a single match. Today, after so many years, I understand the Barcelona philosophy which made me stronger as a football player and as a person.

When I was sixteen, I got called up and was informed that I would become a professional player — I was so excited! I was going to be part of the first team! My first minutes at Barcelona transpired in a match against Porto and my father was told that I might travel with the team; I didn’t tell anyone and my family found out while watching the news. That day, my dream had come true. 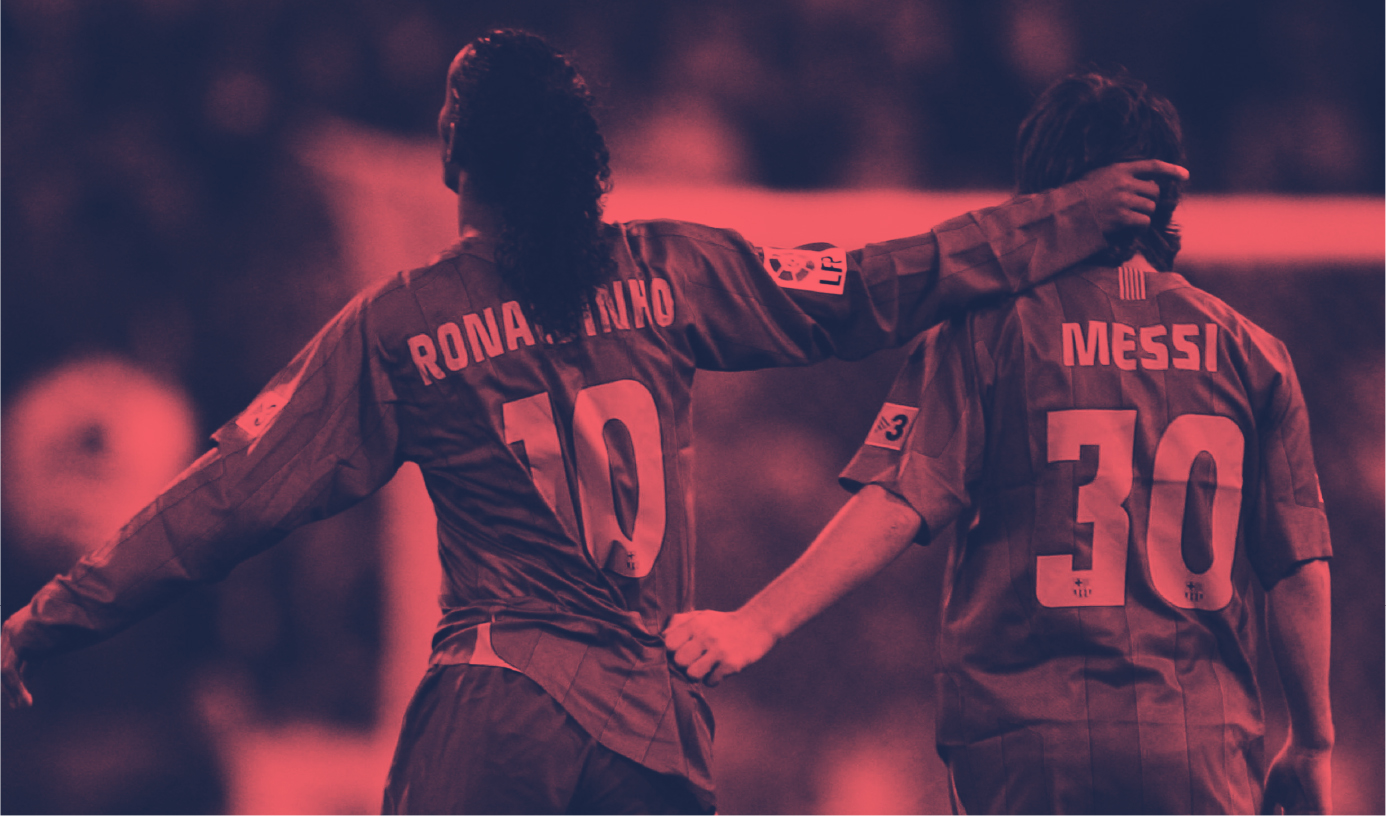 My official debut was for La Liga , in a derby against Espanyol . I was playing for Barça B, but also alternated between Barça C and, at times, with Juvenile B — my corresponding age category. From one day to the next, I was told to report to the first team’s locker room and start training with them. The first day, I walked in shyly, and it felt like my first days at the club, just being there and seeing all those legends — so many great players and wonderful people as well! They treated me very well and I adapted to the team very quickly.

We were a young group with a strong appetite for victory, and it was easy to be a part of the team because Ronaldinho, Deco, Silvynho and Motta made me feel like one of them. As did Xavi, Iniesta and Puyol — all of them showed to be truly exceptional human beings. Dinho was our leader, the best player in the squad, and I learned a lot of things from him. I feel grateful of how he treated me since the first day I arrived and all the assistance he gave me. I feel very lucky to have lived so many great moments with him and to have conquered so many things together.

My first goal was an indescribable feeling. I went to dispute the ball against a defender, won it, passed it back to Ronaldinho and remained in my position waiting for his magic. Ronaldinho chipped it over to me and the ball landed just in front of me — I faked a power shot and lobbed it over the goalkeeper. I ran to the crowd, and when I turned back, there came Dinho, running to hug me. He lifted me up and all my teammates joined in the celebration.

Coming to Barcelona was a big step for me and the most important decision of my life — not only career-wise, but personally as well. I grew up in this club and lived so many happy moments with my family. 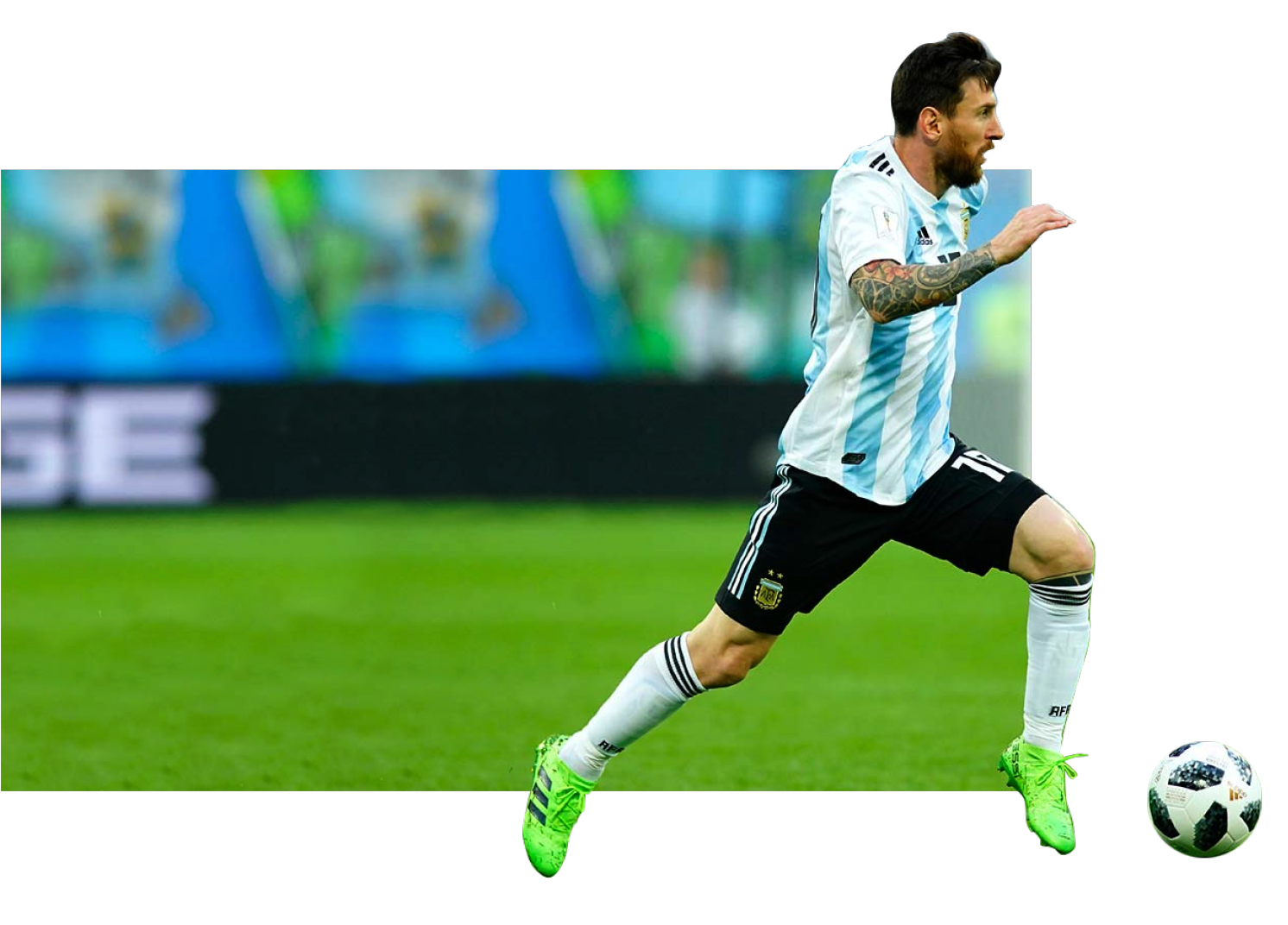 I’ve always wanted to play for the national team and living far away made that dream even stronger. I thought that it was going to be very hard, that people in Argentina wouldn’t know or recognize me. But one day, when I was sixteen, I was called up to play in two friendlies with the U- 20 team against Paraguay and Uruguay — the beginning of my journey. We won the U-20 World Cup in Netherlands, one of the biggest achievements of my career.

I would trade all my personal achievements just to win the World Cup with the national team. I’ve always said it: it can’t be compared to anything else. We all want to win, and I want to win more than anyone, because I’ve been struggling with this common dream — to win a championship with Argentina. 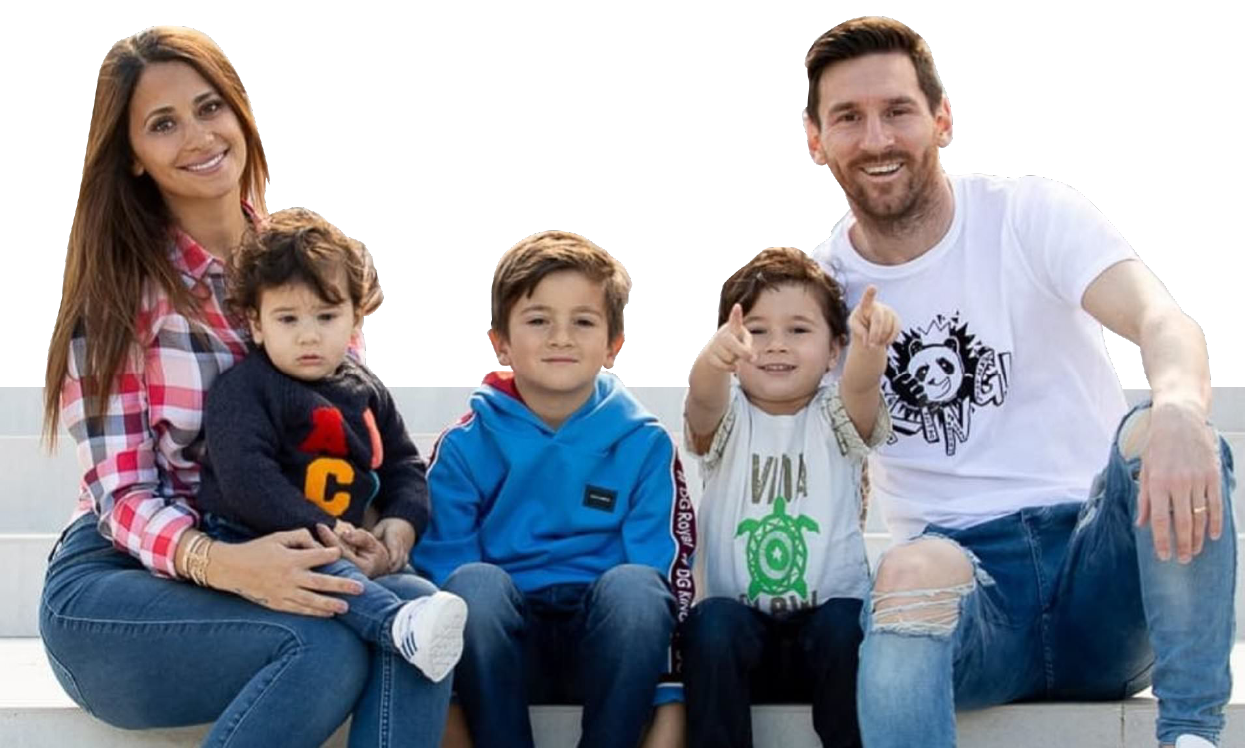 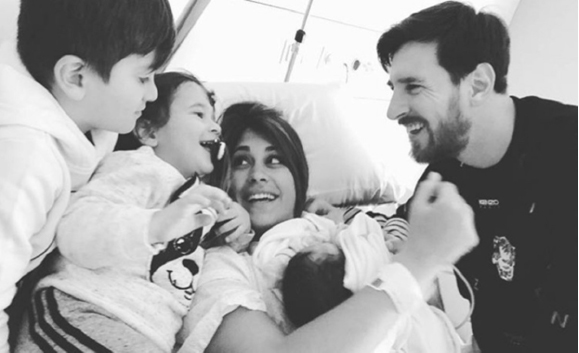 How is it like to be Leo Messi? Most of the time it’s nice, but there are moments when I would like to be anonymous and be able to roam the streets unnoticed. Football is always going to be very special for me, but I understand that life is not just about football.

The birth of my first son changed my life and altered my perspective altogether — providing me a greater sense of tranquility. I still love playing football, but when the match is over I dedicate that time to my family.

I lead a peaceful and normal life. My day starts early: we take Thiago to kindergarten, I train at the club, come back home, have lunch and take a short nap before picking him up from school. He doesn’t care a lot about football, and I don’t buy balls or force him to play. Mateo is still very little…but when they grow up, they’ll probably see and hear about what I’ve done. 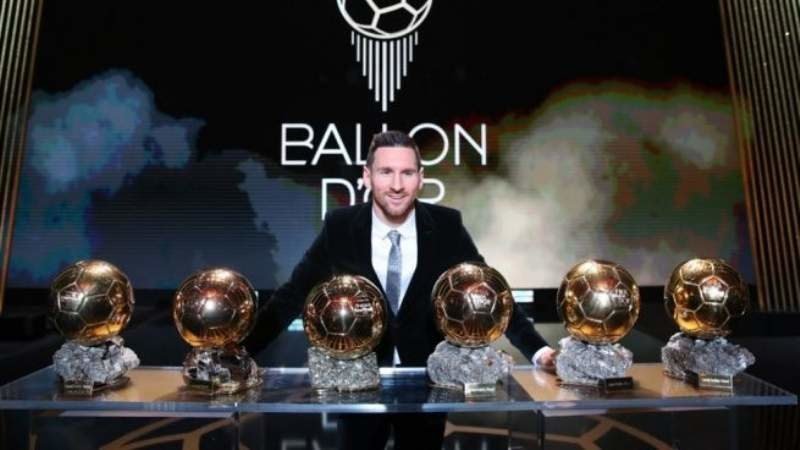 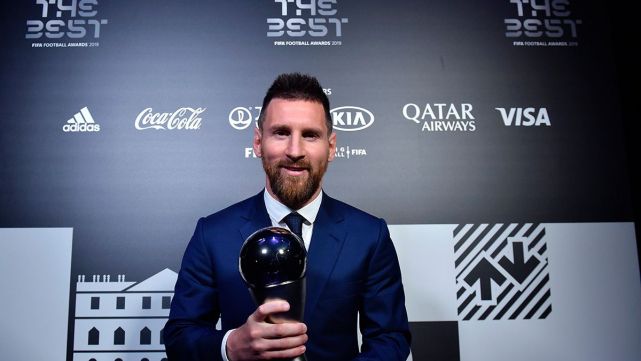 I appreciate that some may consider me as one of the best footballers in the world, but I try not to think about that. My old man would always give me a critique or two after every game. Even if I scored four goals, he’d always have some advice, and we always ended up laughing because I knew there were no reproaches, just things he considered I needed to improve...you know, dad stuff. I’ve always wanted to improve, it’s still one of my greatest motivations.

I try to focus on maintaining my level of play and I am lucky to be part of a spectacular team — a team that always fights hard and I’ll try to continue enjoying all of this. Having Ballon D’Or nominees in the locker room is truly a privilege, a clear testament to the caliber of players that we have at Barcelona.

I don’t care about personal awards, I am lucky to have won almost everything. What I care about is to keep winning with my club and Argentina. Everyday I give my best in order to obtain more titles with Barcelona and win important things with Argentina. I hope this lasts for many more years to come.

ONE OF THE
BEST IN THE WORLD

I want to thank everyone who has supported me all this time: Those who believe, like me, that great things are yet to be achieved. Those who encourage me to keep playing football no matter what. None of this would have been possible without their support.

THANK YOU FOR JOINING ME IN LIVING OUT
MY LIFE PASSION