Leo Messi unveiled his new boots at a grand ceremony staged in front of a 1,200-strong crowd, which packed out one of the arenas at L'Hospitalet de Llobregat's Fira Gran Via. On display during proceedings were the sixth Ballon d'Or that Messi collected at the start of the month in Paris and the Nemeziz 19.1 boots. Meanwhile, Messi was joined by a group of YouTubers who showcased their e-game talents.

The boots in question are the Adidas Nemeziz 19.1, which Messi wore for the first time on 1 December at the Wanda Metropolitano. The boots have so far proved to be a lucky charm for the Argentine forward following an unbeatable first outing against Atlético Madrid as Barça ran out 1-0 winners, a triumph secured courtesy of an 86th-minute Messi winner. In his next game, against Mallorca, Messi claimed the matchball.

In reference to his current career status, as he approaches his 33rd birthday and on the back of securing a sixth Ballon d'Or, Messi, who was applauded throughout by the over 500 fans invited to the event, explained what he believes to be the key to his success: "Hard work, effort and the desire to better myself every day is what sees me improve and allows me to keep on looking to progress and learn".

The Champions League encounter against Dortmund saw the Argentine ace chalk up his 700th appearance in a Barça shirt.

Leo Messi racked up his 700th Barcelona appearance in the team's 3-1 triumph over Borussia Dortmund. To date, this tally has only ever been achieved by one other player - Xavi Hernández, who is the club's record appearance holder, having featured 767 times.

In these 700 appearances, Messi has spoiled the Culés' faithful by posting some simply stunning stats. Messi has netted 613 times, with many of these goals rounding off stellar performances. These 613 strikes feature 40 hat-tricks, five 4-goal returns and one five-goal haul. These individual numbers have played their part in the team's triumphs that have ensured the Barça trophy cabinet brims with silverware, with the side having lifted the following trophies over the course of Messi's 700 outings: 10 La Liga titles, four Champions League crowns, six Copas del Rey, three Club World Cups and UEFA Super Cups apiece. 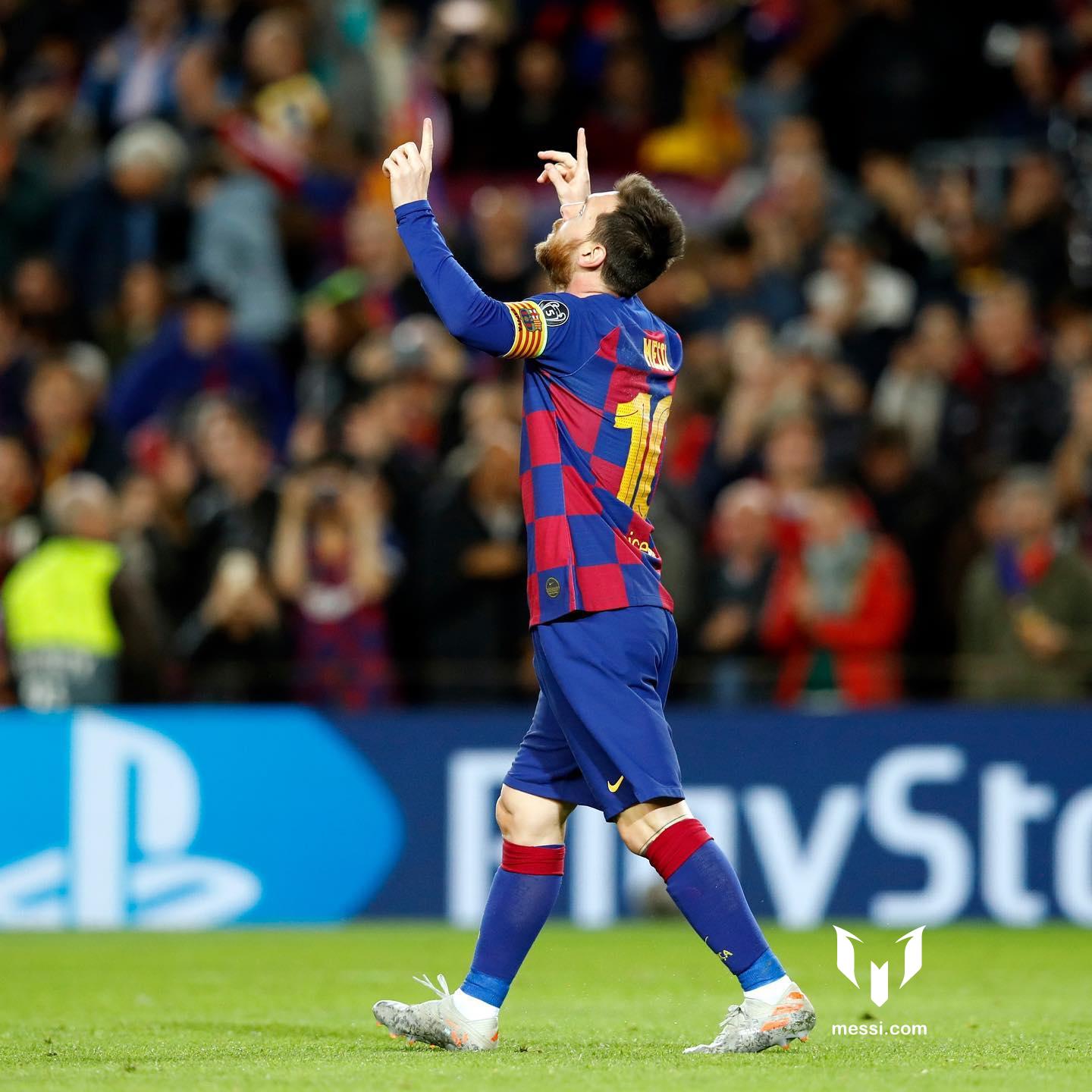 The Argentine star becomes the most decorated player in Ballon d'Or history.

Leo Messi collected his sixth Ballon d'Or, the distinction awarded by France Football that sees him crowned as the best player on the planet. On this occasion, Messi prevailed over Liverpool centre-back, Virgil van Dijk, by seven votes, and third-placed Cristiano Ronaldo, who lead the way in a 30-man shortlist featuring the Azulgranas Antoine Griezmann, Marc-André ter Stegen and Frenkie de Jong.

Commenting on his sixth Ballon d'Or award, Messi declared that this latest accolade comes at a very special time: "God willing, I'll continue to enjoy my career for a number of years to come. I'm aware of my age and you come to enjoy these kinds of occasions all the more because you know that you're edging closer to retirement".

Despite mentioning his retirement in his address, Messi laid the fears of the Barça fans to rest in the mixed zone, where he commented that there's still plenty more to come from him: "I'm currently feeling as good as I ever have done in terms of my fitness and I hope to be able to extend my career for much longer". Messi also noted that he won't be activating the clause that allows him to leave Barça, declaring that "What I feel for this club goes beyond the signing of any contract". 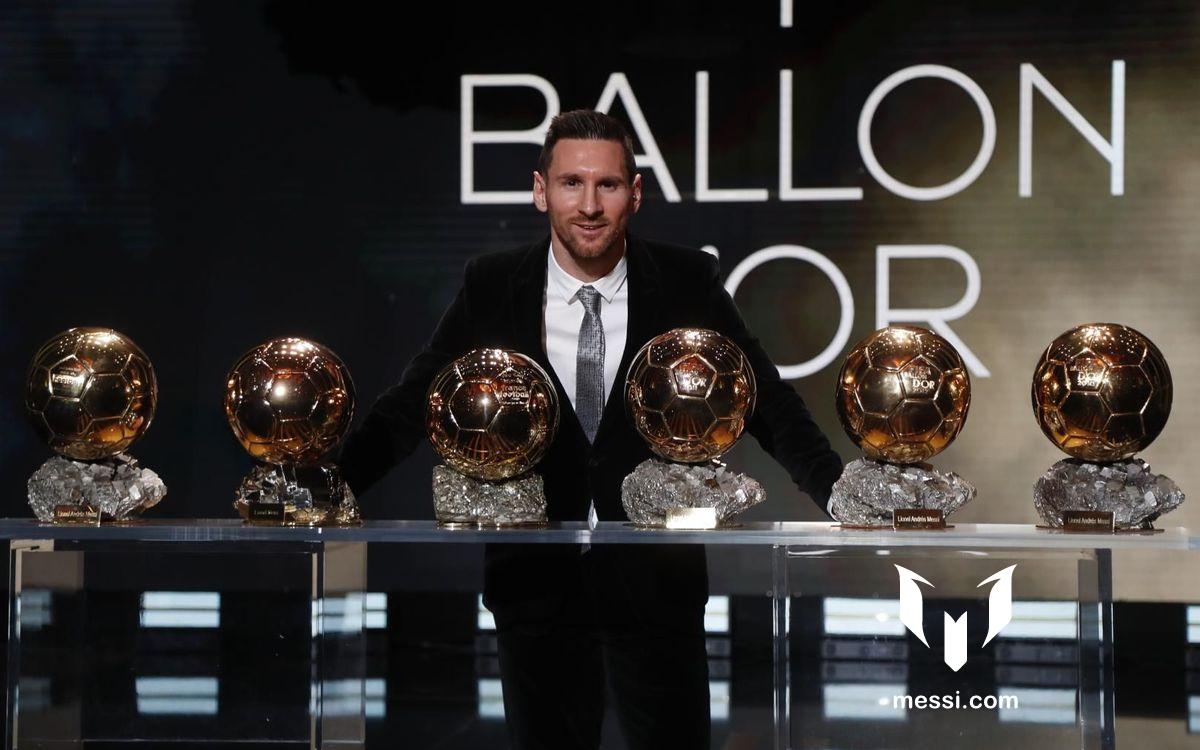 It had been a well-known secret for several weeks that Messi would scoop another Ballon d'Or after recording what was a very good 2019 on an individual level. During the course of the year, he was crowned the leading marksman across the European leagues with 36 goals to his name, ended the Champions League campaign top of the scoring charts on 12 goals and captured a La Liga winners' medal with Barça.

Just as he has done when collecting all other individual honours claimed throughout his career, the Barcelona frontman recognised the role played by his teammates and reiterated that he would happily swap any of his Ballon d'Or prizes for another piece of team silverware, such as another Champions League crown with Barça or Copa América glory with Argentina.